An ocean of garbage

One of the most important the Bergen Aquarium is working on is the dissemination of knowledge about life in the sea. In recent years, the focus has been specifically on the ever-increasing plastic problems.

An ocean of garbage that kills wildlife

Every minute, at least 15 tons of new plastic ends up in the sea! And the amount only increases every year. If development continues, the weight of plastic in the sea will exceed the weight of fish by 2050. As much as 80 percent of the garbage that ends up in the sea comes from land; plastic bags, cigarette butts, plastic bottles, huge amounts of plastic packaging and much more. For more and more animals, plastic is a direct cause of death. As time goes on, the plastic breaks down into ever smaller pieces and ends up as microplastics. These are very small, almost invisible plastic pieces. They are at least as harmful as the large plastic, and almost impossible to clean up once they have reached the sea.

The aquarium was early in the process of sharing knowledge

Since 2016, the Bergen Aquarium has worked actively to raise awareness about the problem of plastic in the sea, through the initiatives "Sea of garbage" and "Plastic city". The aquarium has been filled with plastic and other waste to show how bad it actually is, and children and young people have been made to make whole cities of plastic they have found along the beaches in the local area. For many, this has been an eye-opener.

Most of it lies on the sea floor

- Parallel to the fact that the Aquarium has focused on these things, the whale found in 2017 with 30 plastic bags in the stomach outside Sotra impressed many. This has led to a number of shoreline actions along the entire coast, and has been incredibly positive. The challenge, however, is that only 15% of the waste is washed into our beaches. In the open sea, the plastic collects in solid floating islands, while as much as 70% of the plastic waste ends up on the seabed. This is critical, because much of the plastic on the seabed contains environmental toxins that are eaten by fry and insects, and the poison eventually finds its way from the bottom to the surface by the fish eating each other. This is how we humans also get a lot of environmental pollutants from the plastic on the seabed, explains Natalie Steinfeldt at the Bergen Aquarium.

The aquarium is dedicated to sharing its knowledge with the visitors, because it is possible to do something about the problems, if everyone is involved and contributing.

We can make a difference together

- The most important thing we can do is make the public aware of how important it is that everyone contributes to reducing plastic waste. And it doesn't just apply along the beaches. If everyone becomes aware of buying less unnecessary plastic, properly disposing of plastic waste, and at the same time picking up trash that is found in nature, the situation could actually improve dramatically. We need to stop throwing disposable lenses and q-tips in the toilet, and may also become more aware of what clothes we wear. For example, both fleece sweaters and amounts of exercise clothing contain microplastics, says Steinfeldt. 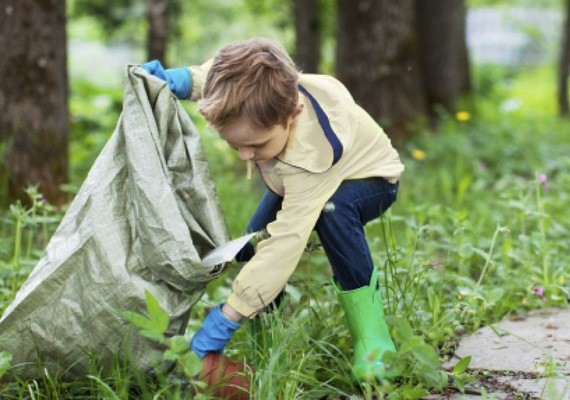 Our animals in the fjord and the sea are struggling

The animals and fish that live in the Aquarium are spared the plastic problem, but their relatives in the fjord and the sea are struggling. This is one of the reasons why the Aquarium considers it part of its social responsibility, and something we take seriously. Therefore, the plastic focus is not limited to own projects and exhibitions, but permeates the entire Aquarium.

- During the feeding, the sea lion Amy shows the children that it is fun to pick garbage. Several of the aquariums are focused on the challenges, the walls are full of useful information, the café has cut sales of slush and beverages that require plastic vacuum tubes, and the Aquarium obviously sorts its plastic waste as well as it can, explains Steinfeldt. 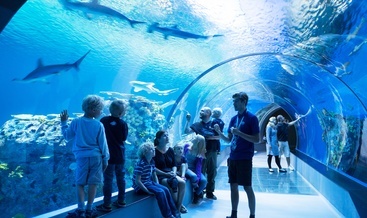 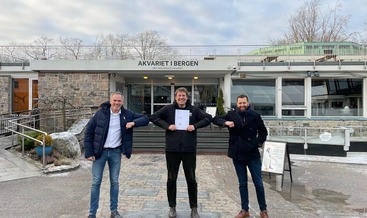 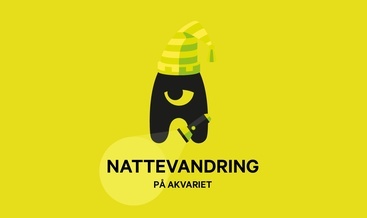